303.6 Phenotypic and clonal analysis of recipient B cells and plasma cells entering graft mucosa reveals an association with rejection and evolution towards a resident memory phenotype after human intestinal transplantation 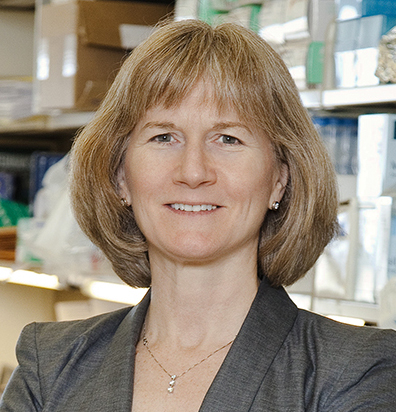 Alloantibodies produced by recipient B cells and plasma cells pose a significant risk for rejection after solid organ transplantation, including intestinal transplantation (ITx). Dynamic turnover of recipient B cells and plasma cells in intestinal allografts and their roles in mediating rejection have not been investigated.
We analyzed the chimerism, phenotype and clonotypes of B cells and plasma cells in the allograft and peripheral blood of ITx recipients using multicolor flow cytometry and high-throughput BCR sequencing.
Serial analyses of ileal biopsies demonstrated eventual replacement of lamina propria donor B cells by the recipient, over periods of >1 year in some patients (Fig.1). Recipient B cell replacement rates were often faster than those of T cells. In patients with donor T cell macrochimerism (>4%) in blood, replacement of donor cells by recipient cells tended to occur slowly, over a period of several months. In contrast, in patients without T cell macrochimerism and with early rejection, recipient B cells and T cells rapidly replaced those of the donor in the graft. High levels (>10%) of donor B cell chimerism in blood were only observed in multivisceral transplant (MVTx) recipients and peak donor B cell blood chimerism was generally higher than that of donor T cells within the same patient.
Phenotypic analyses of lamina propria B cells on sequential biopsies of a 2-year-old recipient of an allograft from a 6-month-old donor revealed the early presence of naïve donor and recipient B cells in the graft that over time were largely replaced by both class-switched and non-switched memory B cells of donor and recipient origin. Recipient-derived surface IgG+ and IgA+ B cells appeared in the long-term graft of a patient who had had DSA but not in a DSA- patient. Even when recipient B cells had almost fully replaced donor-derived B cells, donor-derived plasma cells (CD138+CD38+) persisted long-term (POD>900), demonstrating the existence of long-lived plasma cells in human intestine. The presence of recipient plasma cells in the graft may correlate with rejection, as they were only detected during rejection episodes. (Fig.2)
IgH V region sequencing on sorted recipient B cells from ileal specimens of a MVTx patient on Days 29, 32, 43, 57, 78, 105 and 141 post-Tx revealed clonal overlap, especially at later time points. The fraction of recipient B cells co-expressing CD45RB and CD69 in the ileal biopsies increased with time in 3 out of 3 patients. (Fig.3) CD45RB+CD69+ B cells may belong to a resident memory pool that contributes to tissue-based immunity (Weisel et al, in preparation).
In summary, the appearance of recipient plasma cells and IgG+/IgA+ B cells in the graft correlates with rejection and DSA development, respectively. We hypothesize that graft-repopulating recipient B cell clones may expand and acquire a B resident memory phenotype, promoting organ-specific alloimmunity. 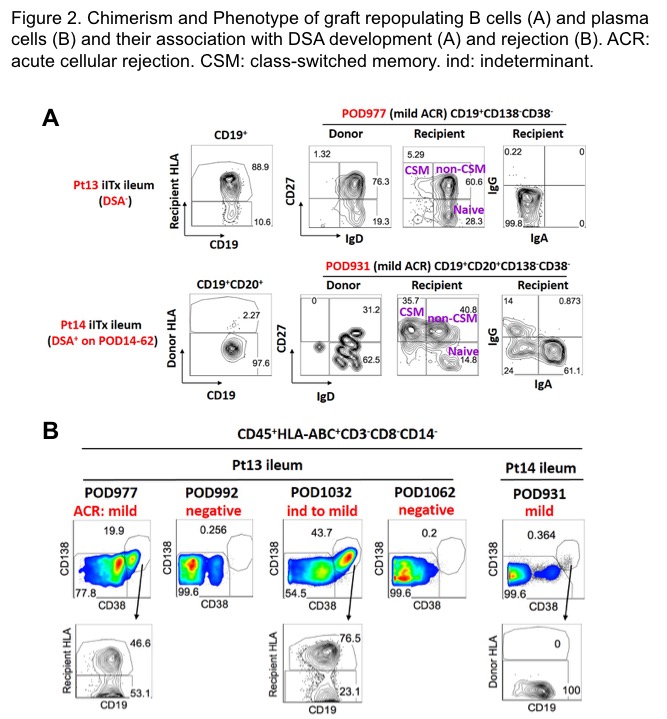 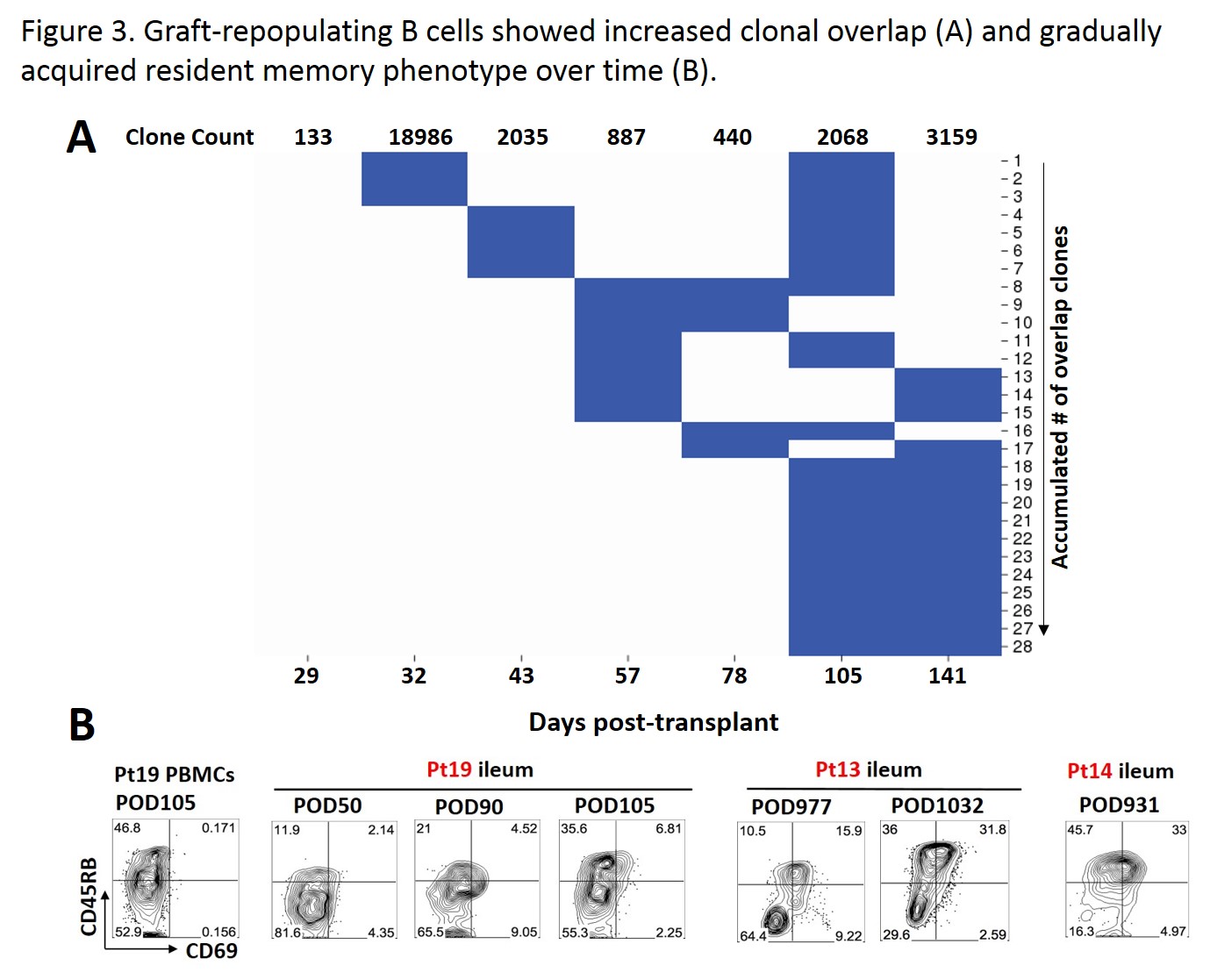 The study was funded by the National Institute of Allergy and Infectious Diseases grant P01 AI106697. Research reported in this study was performed in the CCTI Flow Cytometry Core, supported in part by the Office of the Director, National Institutes of Health under awards S10RR027050 and S10OD020056. .