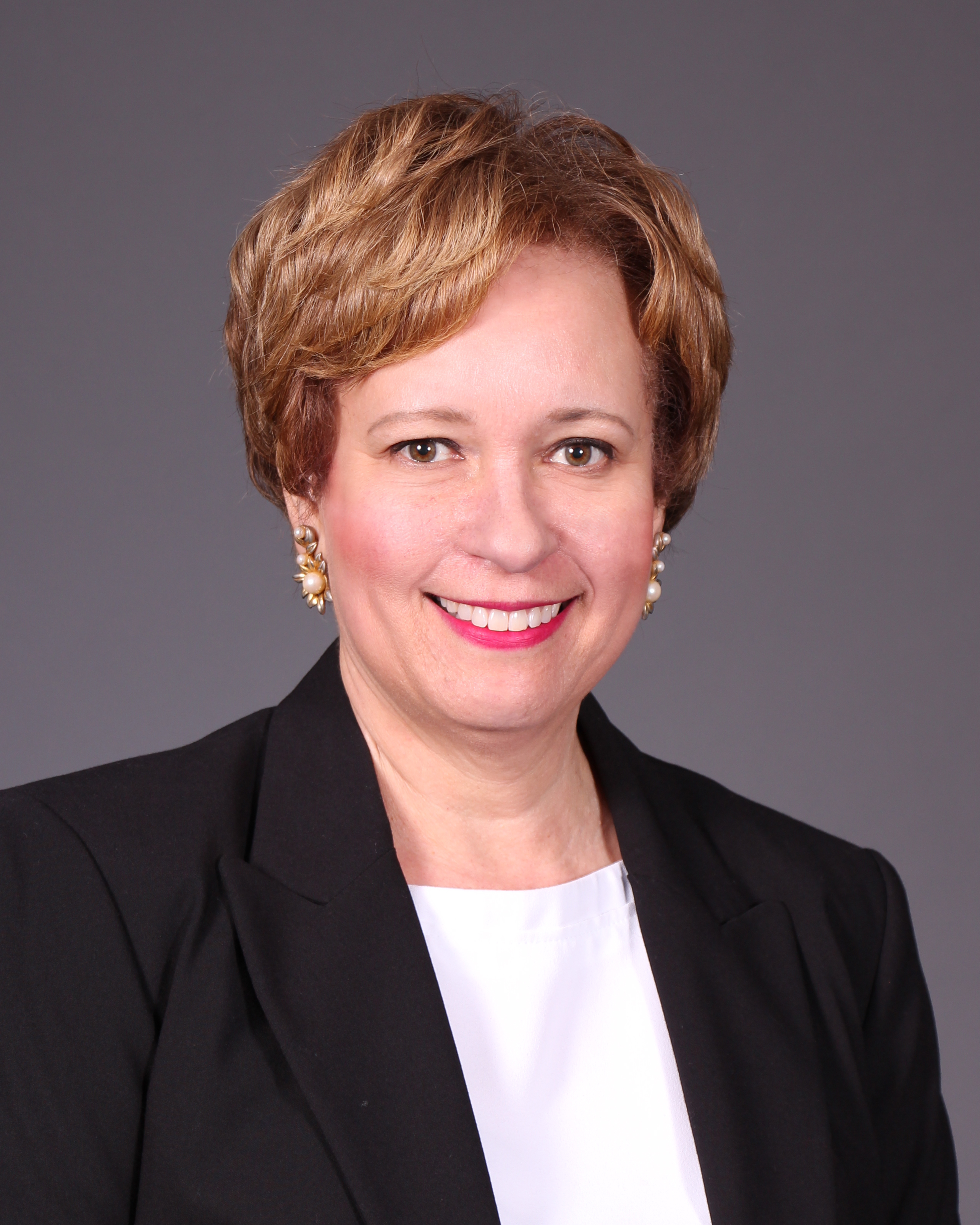 Introduction: Our donor service area (DSA) has a population over 10 million with a greater than two-fold proportion of African-Americans (AA) compared to the rest of the United States (31% vs. 13%). It was apparent in the 1990s that transplant programs in our DSA had an even higher disproportionate number of AA on organ waiting lists; in contrast, we had a disproportionately low number of AA donors. Efforts to decrease this disparity were desperately needed.  We aimed to address this by the creation of a “Multicultural Donation Education Program” (MDEP) in 1994. We report the success of this ongoing program.
Methods: MDEP began in 1994; quality improvement was driven by frequent evaluations based on donation data and stakeholder feedback; it evolved and refocused accordingly. Various staffing and general public educational practices were implemented over 4 time periods – e.g., racial sensitivity training, “like-race” donation requestors, focused media campaigns and public service announcements on public transit and in predominately AA churches, businesses, schools/colleges, professional associations, and communities; increased emphasis during Black History Month; AA transplant recipient participation in outreach. A detailed timeline is shown in Figure 1.
Donor demographics over these periods were recorded in a prospective database and compared to national (OPTN) data. Additionally, in the 4th time period (2013-16) a survey inside and in multiple states outside our DSA was performed to see if there was increased willingness to be an organ donor among AA in our DSA.
Results: The AA population in our DSA increased during the study period from 27% to 31%; the proportion of AA donors increased from 21% to 33% (15/70 vs. 102/306). Our proportion of AA donors has exceeded that in our general population for the past decade, during which we have had at least 19% more AA donors than any other DSA in the United States (Fig 2). By comparison, the proportion of AA in the general/donor populations nationally have remained stable (Fig 3). Additionally, our survey data (n=126) showed willingness to donate among AA in our DSA to be significantly higher than among AA outside our DSA (74.8% vs. 52.2%, p=0.025). One strategy we evolved away from was “like-race” donation requestors, as this was noted to not impact AA donation. We feel the improvement in AA donation rates and increased willingness to donate among AA in our DSA are directly attributable to the MDEP, its periodic evaluations and resultant changes in strategies and outreach efforts.
Conclusion: The development, implementation, and ongoing refinement of a dedicated, racially sensitive program (MDEP) has led to a significant and sustained increase in AA donation in our DSA compared to the US. Our experience supports similar initiatives in other DSAs, particularly those with a greater than average minority population, to increase minority donation nationally. 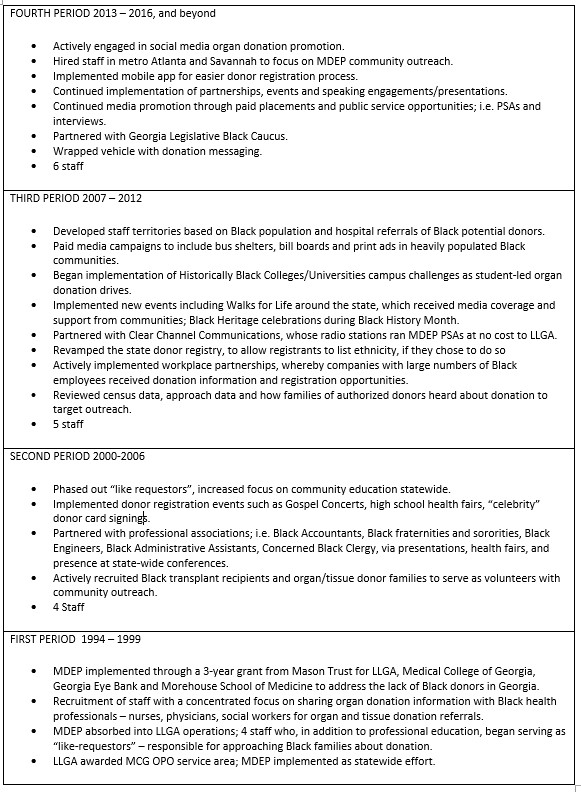 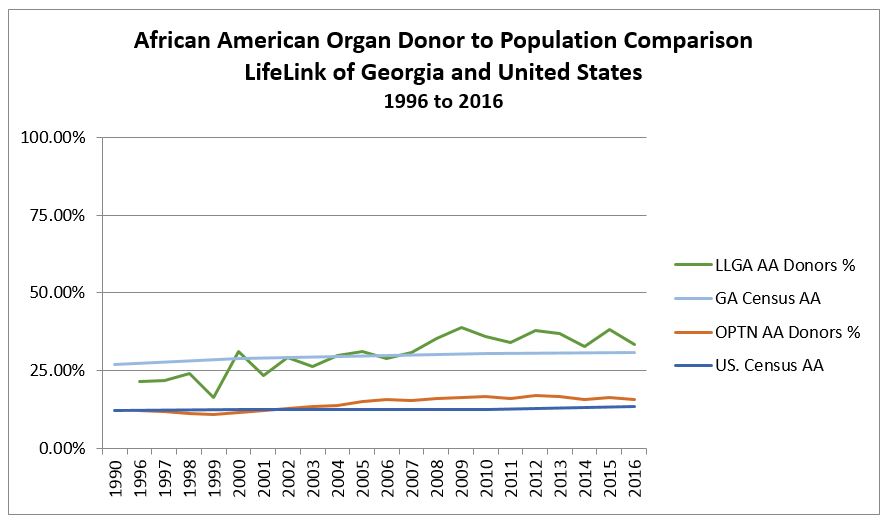