P.810a Implications of doppler alterations on outcomes after liver transplantation. Our experience in the last seven years

Implications of Doppler Alterations on Outcomes After Liver Transplantation. Our Experience in the Last Seven Years

Backgrounds: Arterial thrombosis (HAT) is the most frequent vascular complication after liver transplantation. It is the most feared of them, with an incidence of 0-12% in early HAT, and 2-25% in late HAT in adults. It is also the second most frequent cause of graft failure. Due to the important morbidity associated and the challenge that often involves diagnosis, the post-transplant Doppler studies are protocolized in the immediate follow-up of these patients. We aim to analyze the outcome of those patients with arterial doppler flow alterations without reaching criteria of thrombosis.
Objectives: We aim to analyze the clinical significance of Doppler alterations in patients without HAT criteria.
Material and Methods: Between January 2009 and December 2015, 456 liver transplants were performed. 28 were pediatric patients. All of them underwent a Doppler in the first 24-48. These alterations were mostly described as Resistance Index (RI) > 0.8, although 2 cases with RI <0.5 have also been considered. Analysis were performed with 4 groups of adult patients: those with normal Doppler (A), altered Doppler without posterior complications (B), those who progressed to HAT (C) and those who only presented HAT (D). 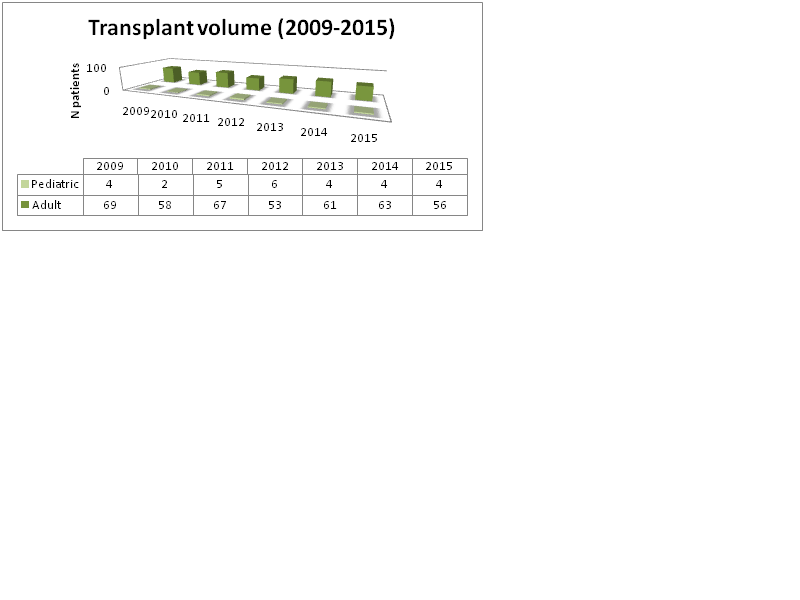 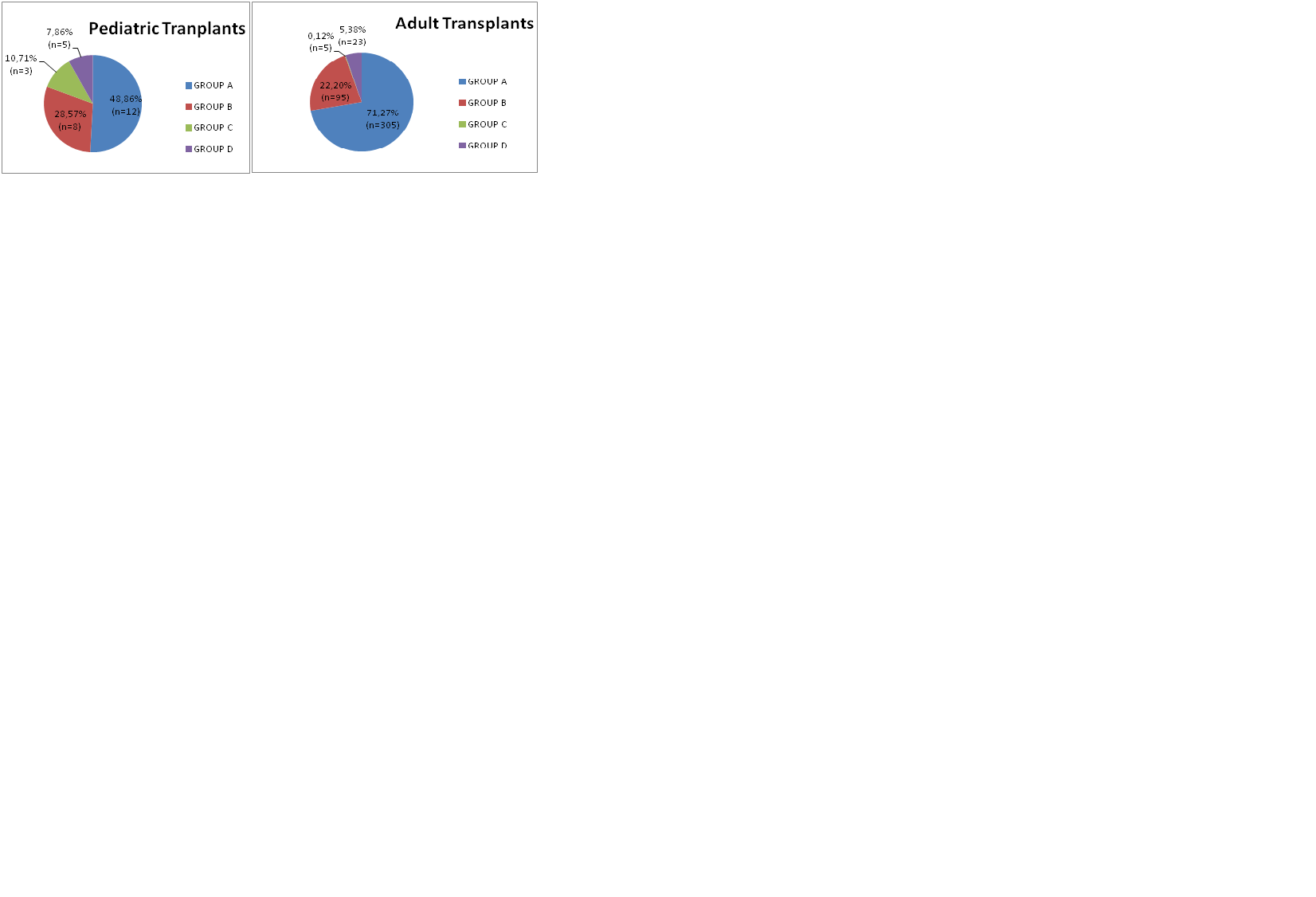 No differences have been found between groups with regards to MELD Score, DCD donors nor hemoderivates transfusions. 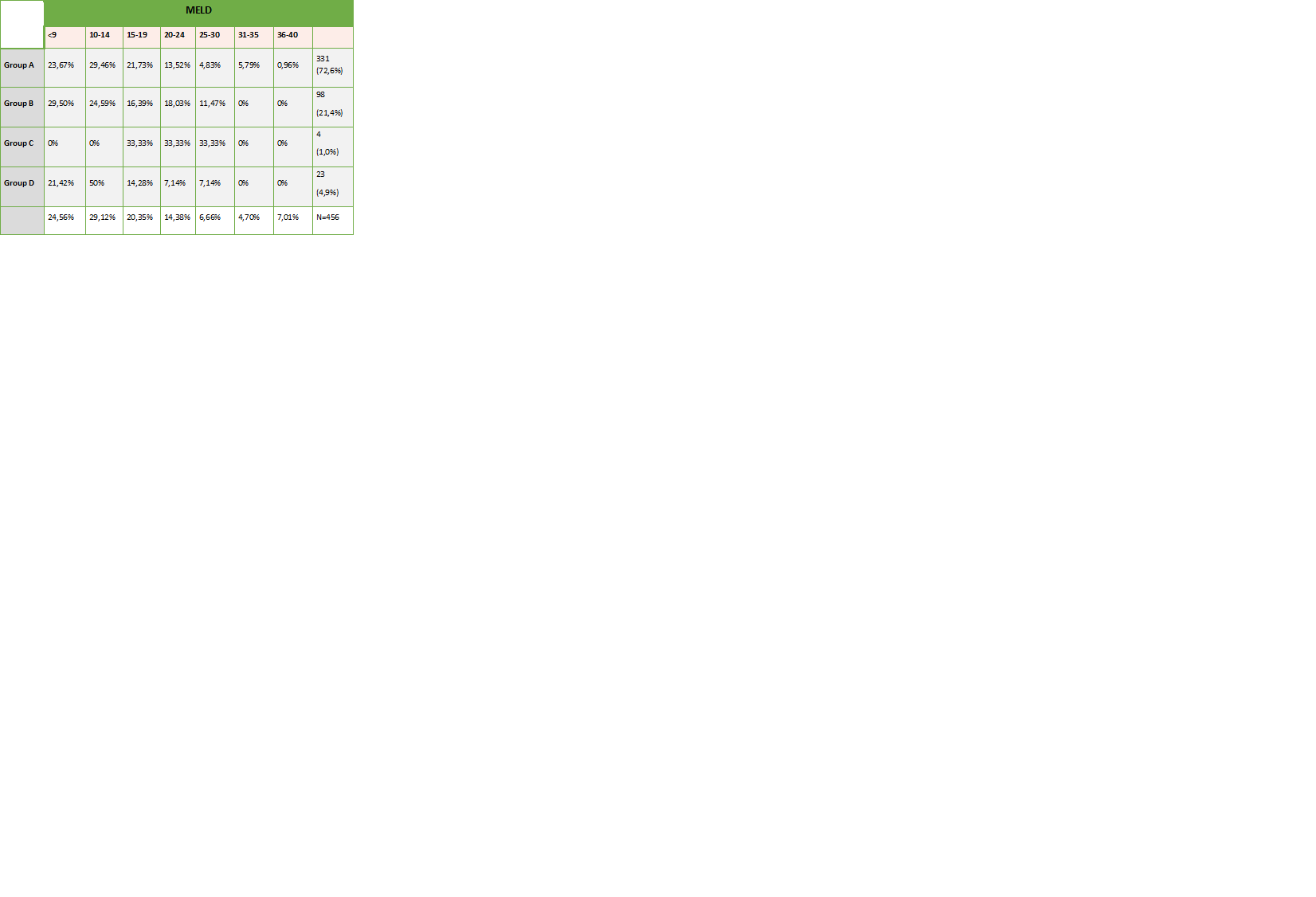 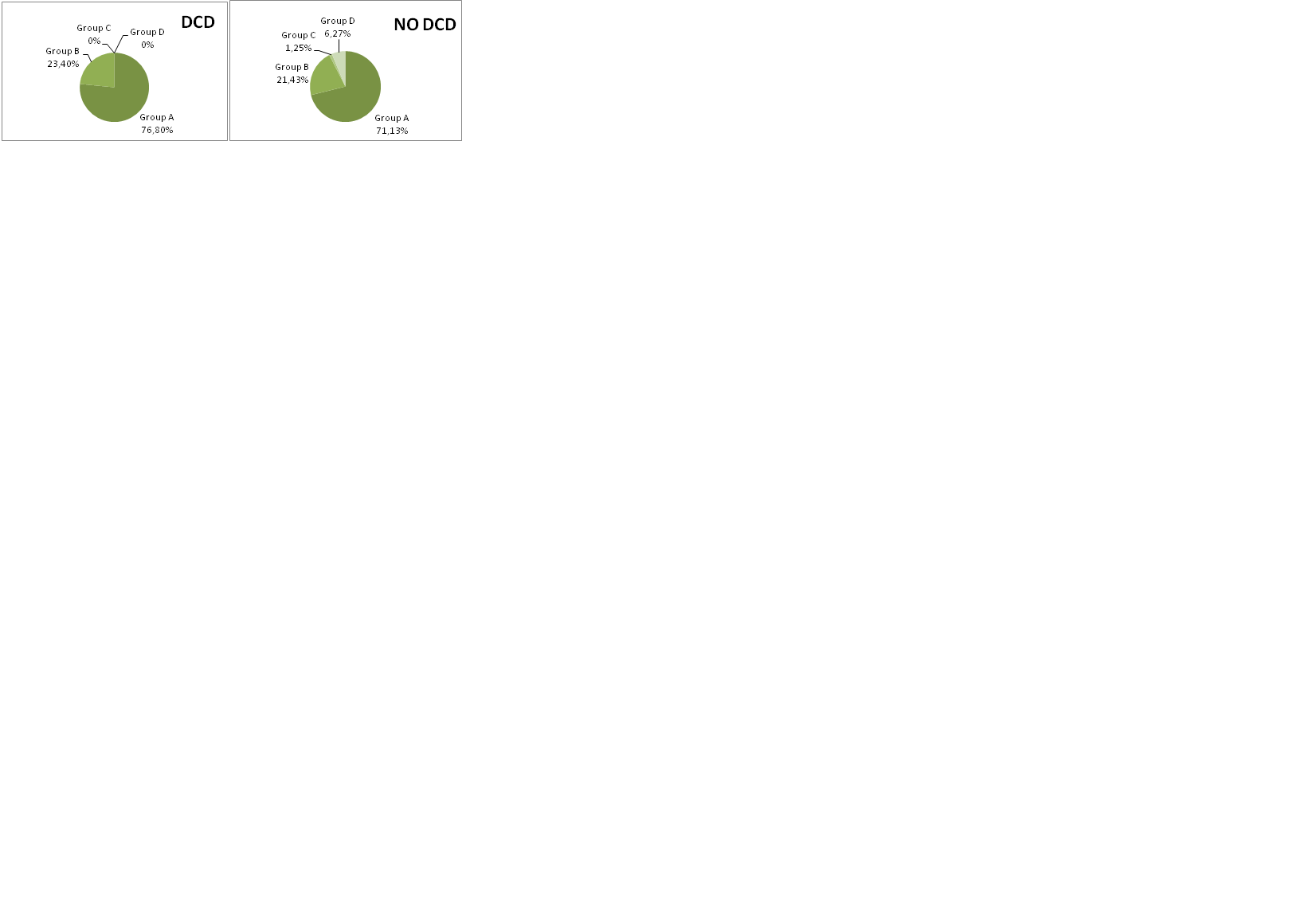 Hepatocarcinoma (HC) was found with the following distribution: group A (43.47%), group B (33.87%) and group D (21.42%). None of patients in group C had HC (p<0,05).
Conclusion: Doppler ultrasonography is an excellent tool for evaluating vascular complications in transplanted patients, but altered values ​​in RI do not always lead to complications. In our series, there were 22.20% of adult patients and 28.57% of pediatric patients with Doppler abnormalities without clinical complications. Therefore, the clinical implications of an altered RI still need to be established.