P.810 Liver transplantation as a feasible and definitive treatment for advanced polycystic liver disease: Our experience and outcomes

Liver Transplantation as a Feasible and Definitive Treatment for Advanced Polycystic Liver Disease: Our Experience and Outcomes

Introduction: The treatment for polycystic liver disease (PLD) remains controversial. Although most of the patients are asymptomatic, occasionally PLD develops massive hepatomegaly and complications that affect directly the patient´s quality of life. In those advanced cases, liver transplantation (LT) remains as the only curative treatment.  The number of hepatic surgeries pre-transplant (HSpT) seems to affect the outcome and increase the morbi-mortality rates compared with the non-HSpT patients.
Materials and Methods: This is a retrospective study which analyzed all LT performed in our center identifying twenty patients who underwent LT for PLD; those were divided in two groups according to prior hepatic surgery (HSpT: n=8) or non-hepatic surgery (no-HSpT; n=12). Comparisons between both groups were made, including preoperative variables, morbidity, mortality, and long-term patient and graft survival rates after LT. Patient and graft survivals were estimated using the Kaplan-Meier method.
Results: Twelve out of a series of 20 patients received a simultaneous liver-kidney transplant because of a polycystic liver-kidney disease (PLKD) and subsequent renal failure; three other patients had previously received a kidney transplant. Preoperative variables were compared between the two groups showing no differences with respect to gender, Gigot classification, symptoms, MELD score, and time on dialysis. The necessity of packed red blood cell transfusion was significantly higher in HSpT group (p=0.047), but ICU stay and hospital stay were similar in both groups. Comparison of postoperative complications, according to the classification of Clavien-Dindo score, did not show significant statistical differences between the groups (p = 0.115).  Four deaths occurred in HSpT group and 1 in non-HSpT (p =0.076). Overall patient and graft survivals of the series at 1, 3, and 5-year were 75%. 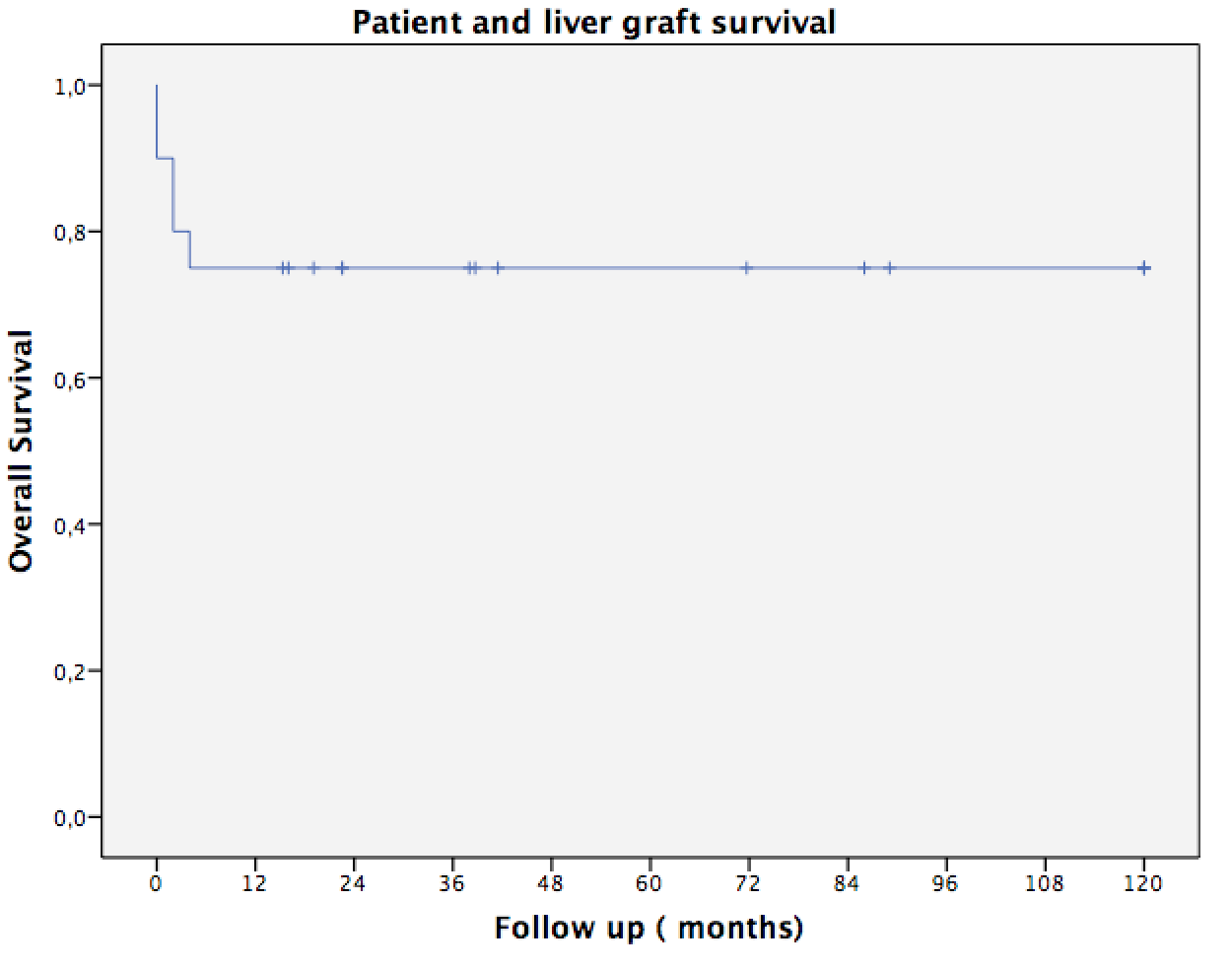 Conclusion: Liver transplantation is the treatment of choice in advanced PLD for patients with Gigot 3 classification livers and severe symptoms, and frequently should be combined with renal transplant when there is associated to policystic kidney disease and renal failure. According to our study, previous hepatic surgeries are associated with poor results. 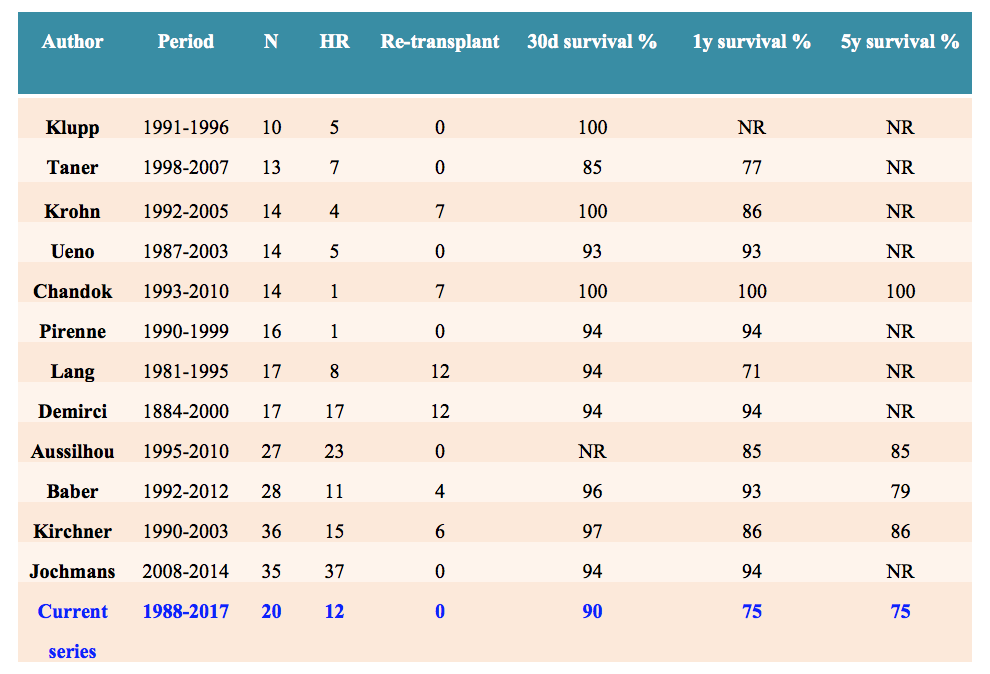