Introduction: The aim of this study was to analyze the experience of liver re-transplantation (re-LT) at a large volume living donor liver transplantation (LDLT) center and reviewed the technical feasibility of LDLT related re-LT.
Materials and Methods
Study population
The adult (≥ 18 years) patients who underwent LT more than twice at single institution between February 1994 and December 2015 were included. To compare clinical outcomes, we defined the patients who underwent LT once during same period as control group.
Classification of re-LT
The types of re-LT which can be classified as four types according to the sequences of graft types as follow: DDLT-to-DDLT (Type A), DDLT-to-LDLT (Type B), LDLT-to-DDLT (Type C), and LDLT-to-LDLT (Type D). And the re-LT timing which was classified to the time interval from previous LT as follow 3 groups: early (within 1 month), intermediate (1 month ~ 1 year) and late group (over 1 year). 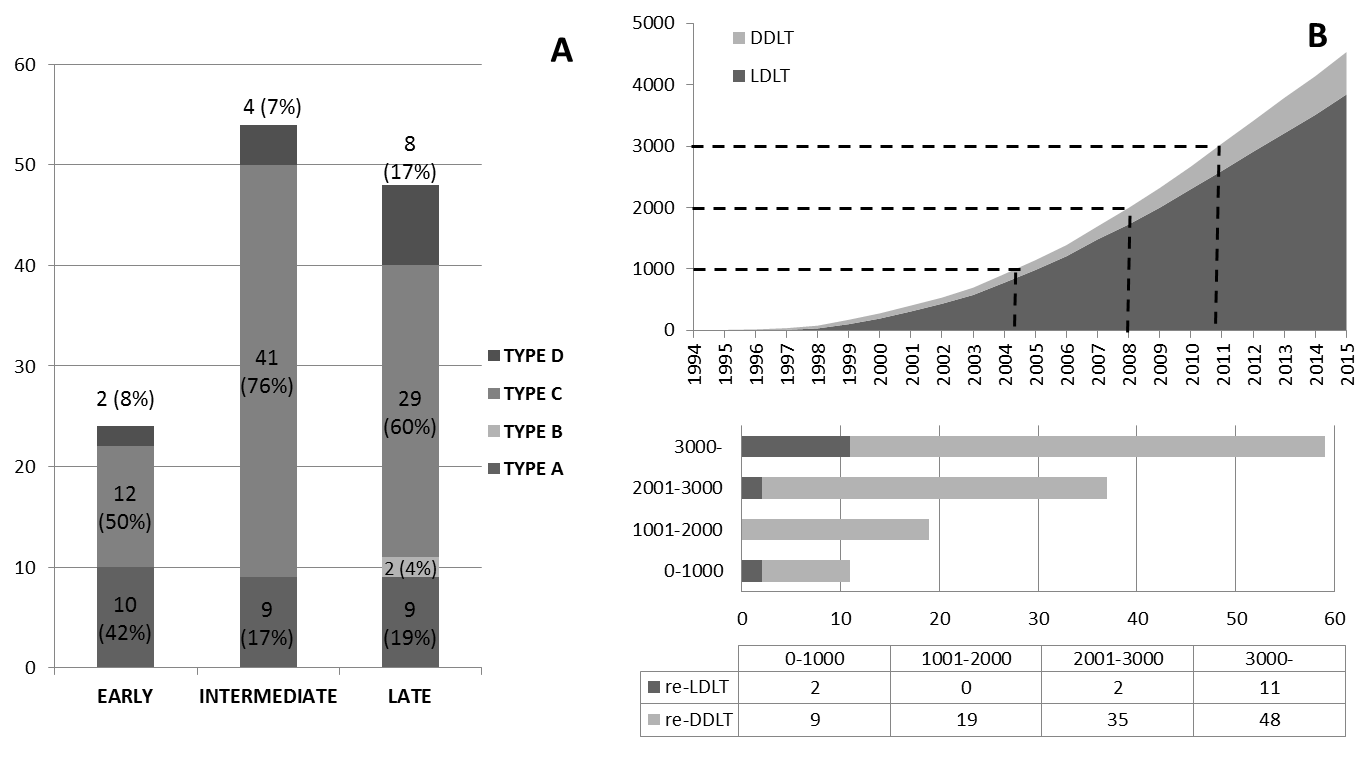 Results: Among 4,666 adult LTs including 3,843 LDLTs and 697 deceased donors LTs (DDLT), 126 cases (2.8%) were re-LTs. The mean age and MELD score was 53.3±9.4 years and 25.7±8.1, respectively. The mean interval from primary LT to re-LT was 28.8±45.0 months. The overall 1-, 5- and 10-year survival rates of re-LT were 58.8%, 53.4% and 50.4%, respectively which were significantly lower than those of primary LT (p<0.001). In multivariate analysis, re-LT timing, portal vein thrombosis, MELD score >20, bacteremia and pneumonia were independent risk factors for survival. Out of 126 re-LTs, 16 cases (12.7%) were re-LDLTs. In re-LDLTs, interposition graft for PV reconstruction was used in 2 cases. For hepatic artery anastomosis, right gastroepiploic artery was used in 2 cases and greater saphenous vein interposition was employed in 2 cases. The patient’s survival rate of re-LDLT was significantly lower than that of primary LDLT (p<0.001) and comparable to that of re-DDLT (p=0.724).
Subgroup analysis of survival outcome of re-LT group
There were no statistically significant differences in the overall survival rate according to the graft type (p=0.716), cause of graft failure (p=0.486). But there were significant difference according to original disease(p=0.034) and time interval(p=0.003). Type B among the graft type group was not included due to the lack of cases. HCV groups has lower survival rate than HBV and non-viral group. And late group shows higher overall survival rate than other groups. 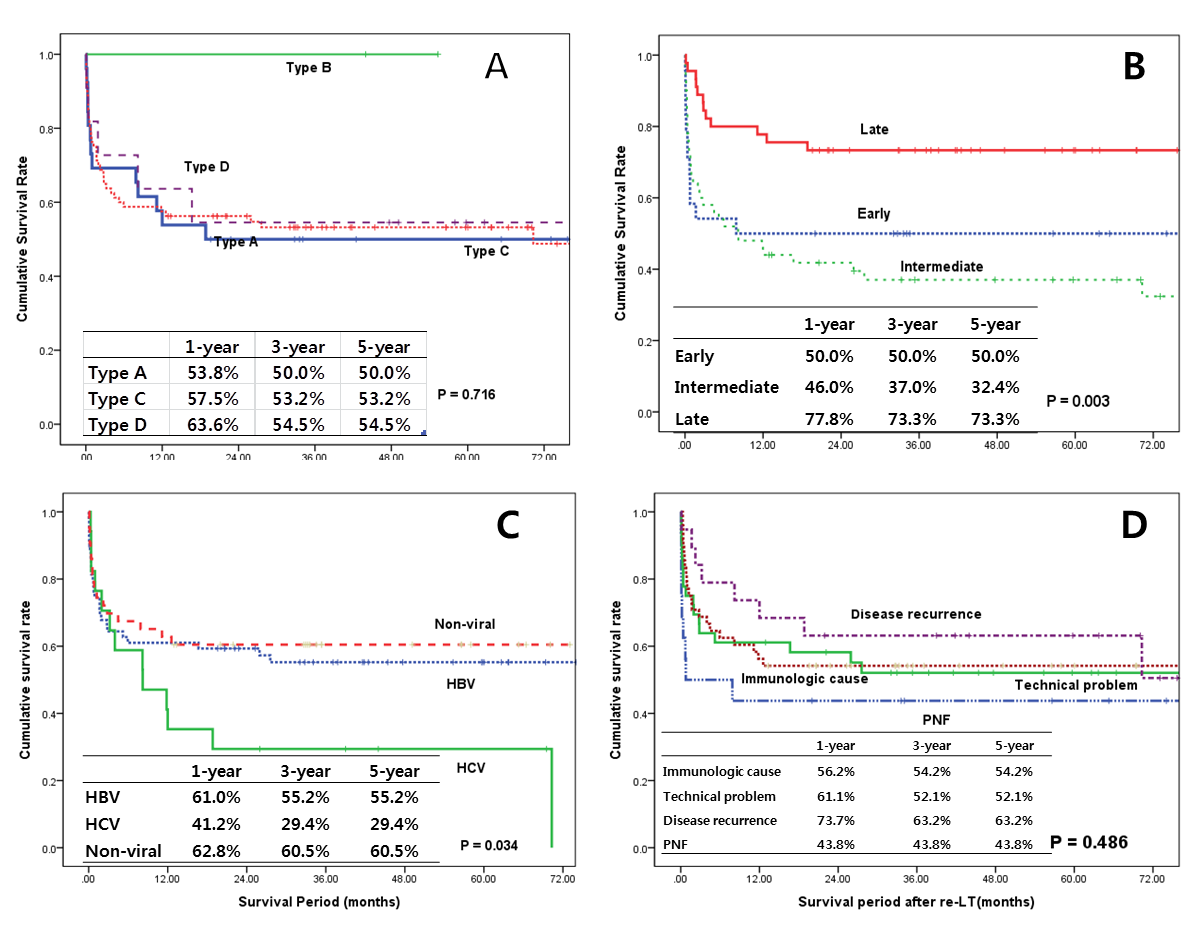 Conclusions: Re-LDLT can be the feasible option for the irreversible graft dysfunction to overcome the donor scarcity despite technical demand.