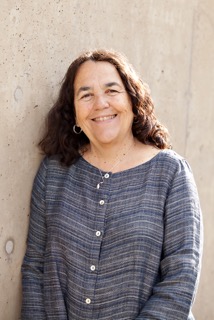 Purpose: In transplant recipients, Epstein-Barr Virus (EBV) is associated with the development of B cell lymphomas in post-transplant lymphoproliferative disorder (PTLD). We utilized next-generation sequencing to characterize the diversity of the EBV genome in transplant recipients with low EBV viral loads and in patients that developed PTLD.
Methods: Control samples (n=7) included three transplant patients with low EBV viral loads (<1,000 EBV copies/μg of DNA as determined by quantitative PCR) and no PTLD, and four previously published EBV genomes from healthy individuals. Samples (n=11) were also obtained from transplant patients that developed PTLD. Of these, five EBV genomes were sequenced from peripheral blood and six were sequenced from B cell lines established from PTLD patients. 59 overlapping primers were used to amplify the entire EBV genome from each sample. Samples were barcoded and sequenced with Illumina MiSeq. Reads were mapped to the reference AJ507799 EBV genome and variations were identified for each of the 7 control and 11 PTLD-derived EBV genomes. Fischer’s exact test was used to compare the prevalence of each variation in the control and PTLD group.
Results: The average mean read depth was 153 reads for the EBV genomes we sequenced and the mean GC content was 59.5%. On average, there were 771 variations (SD=413), such as insertions, deletions, single nucleotide variations and multiple nucleotide variations, in each EBV genome relative to the reference EBV genome. When comparing the PTLD group to the control group, there were 335 variations that were more frequently associated with PTLD and 239 of these variations were within coding regions of the viral genome. The latent cycle genes and tegument genes had the most PTLD-associated variations. Within the latent cycle genes, 38 variations were non-synonymous. There were also 21 PTLD-associated variations in packaging genes, 20 in membrane glycoprotein genes, 22 in replication genes, 19 in transcription factor genes, 4 in nucleotide metabolism genes, 3 in capsid genes, and 26 in unknown genes.
Conclusions: Understanding variations in EBV genomic diversity may provide insights into EBV immune evasion or associated tumorigenesis.