The MELD-based allocation system has been implemented in Germany in 2006 in order to decrease waiting list mortality in patients with end stage liver disease. However, the MELD score not only reflects the probability to die within 3 months, but simultaneously represents a major risk factor for post transplantation patient survival. Purpose of this study is to evaluate post transplant results and waiting list mortality since the introduction of MELD-based allocation.
Liver transplant patients were assessed retrospectively from 2005 -2015 using our own center as well as open access Eurotransplant data.
In our department 1172 liver transplantations were performed from 2005 to 2015. The median Match-MELD at time of transplantation increased from 16 to 26 (Pearson r=0.69, p= 0.019). Concomitantly, 3-year patient survival decreased from 85% in 2005 to 70% in 2012 (Pearson r=-0.78, p= 0.022). 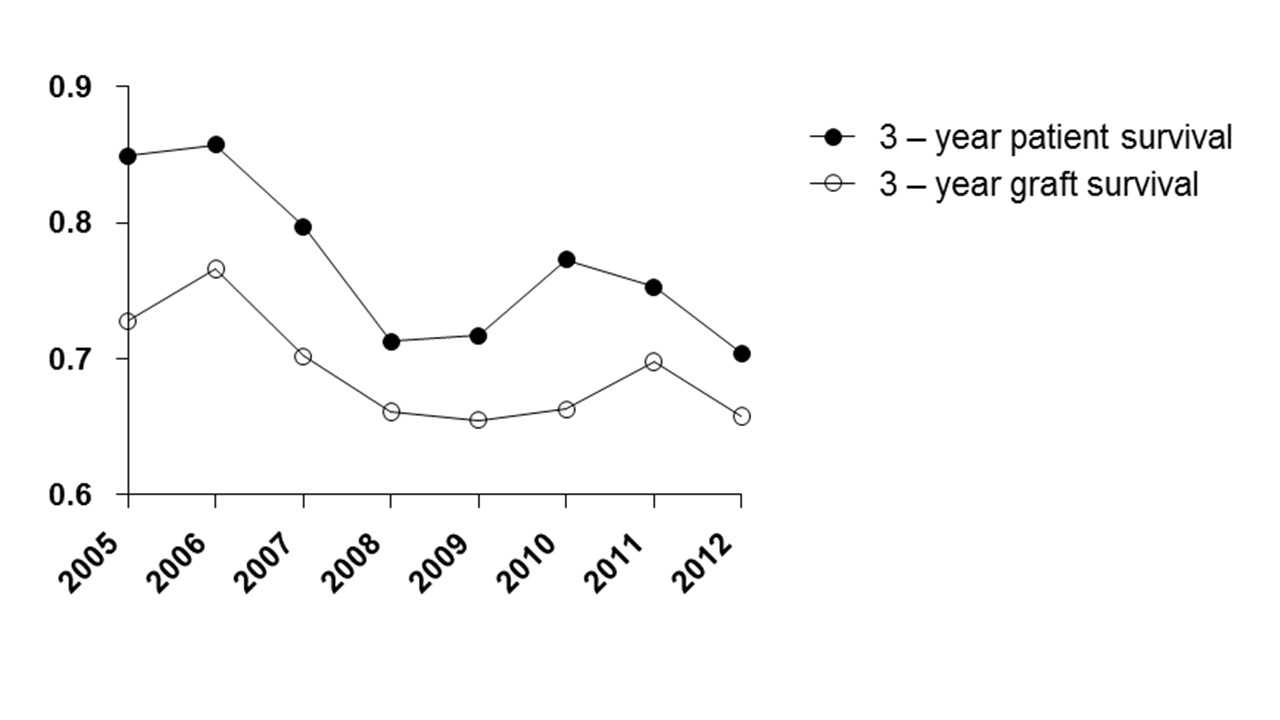 Similarly, in the Eurotransplant area the average 3-year patient survival decreased from 78% to 70%. In these years on average 57 percent of all liver transplantations were performed in Germany. During this time period donor age increased from 48 to 54 to overcome organ shortage. Simultaneously the number of transplantations per year dramatically decreased from 158 in 2005 to 79 in 2015 at our center. At the same time the ratio of waiting list mortality/active-listed patients increased significantly from 2007 to 2016 (Pearson r=0.69, p= 0.019), indicating an increased waiting list mortality. 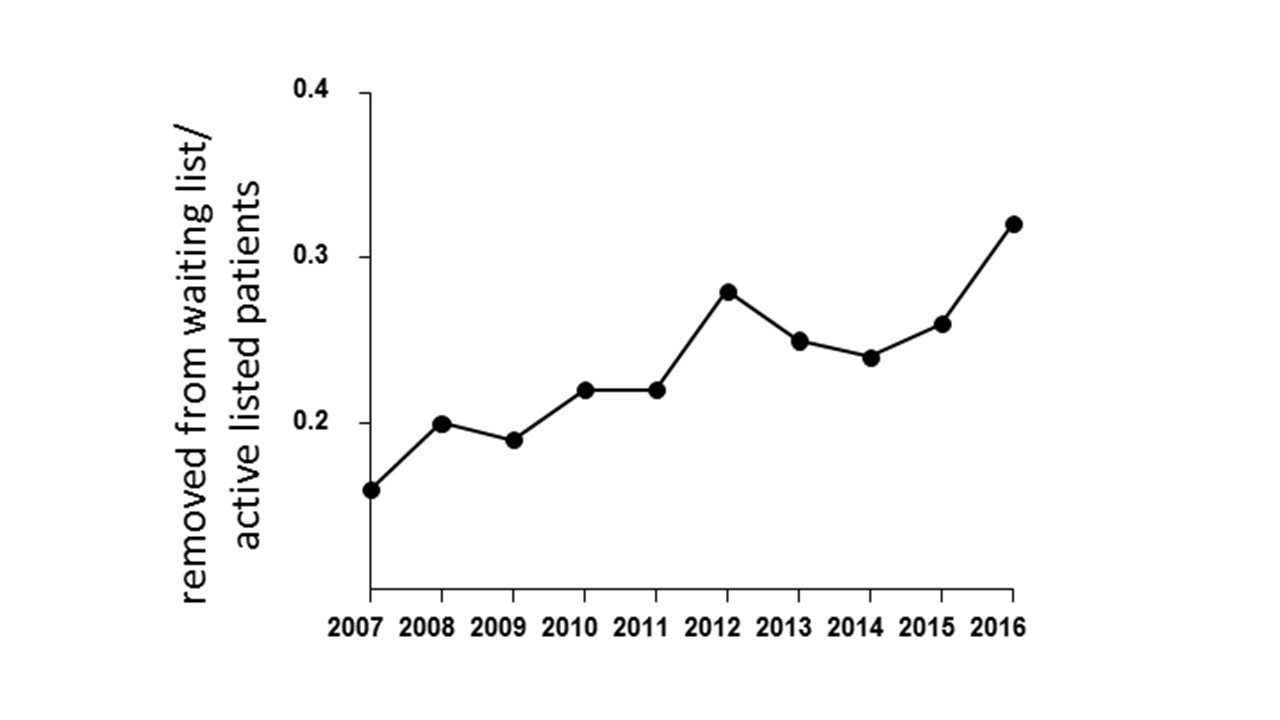 The combination of increasing organ scarcity and MELD based allocation may require reconsideration of the current allocation policy and the inclusion of prognostic outcome factors should be discussed.