587.7 The use of kidneys from deceased donors over 80 years in kidney transplantation 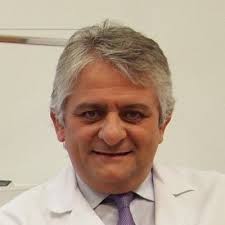 Patient survival is longer after kidney transplantation (KT) compared with remaining in the waiting list on dialysis. We have questioned if this is true also using kidneys from donors ≥80 years-old. In a longitudinal mortality study in the Catalan Renal Registry, including 2098 patients on dialysis placed on waiting list, 293 of them received a first KT from a deceased donor 75-79 years-old and 94 from a deceased donor ≥80 years-old. The reference group included 2,040 patients who were placed on the waiting list (relative risk, 1.0). Patients in both groups had equal lengths of follow-up since placement on the waiting list. Adjusted risk of death and survival calculated by non-proportional hazard analysis taking KT as a time dependent effect.
Compared with kidneys from donors <75y, graft survival was significantly lower for kidneys 75-79y (HR 1.28, 1.05-1.56) and ≥80 (HR 1.66, 1.18-2.34), but significance disappeared when including only recipients >70y. In comparison with those that remained on dialysis (HR 1), non-proportional adjusted risk of death after KT with a kidney 75-79yr was 0.38[95%CI 0.29-0.50; p<0.001] and with a kidney >80yr was 0.49[0.31-0.77; p<0.001](table). Projected years of life since placement on the waiting list was 6.5 yr without KT, 10.4 yr receiving a kidney 75-79 and 9.2 yr receiving a kidney >80.
Despite KT from octogenarian deceased donors is associated with reduced graft survival, transplanted patients have lower mortality than those remaining on dialysis.
Figure 1. Projected years of life among recipients of first deceased donor. Adjusted for recipient age at the initial placement on the waiting list, gender, period of time, diabetes, cardiovascular comorbidities, and time from ESRD to placement on the waiting list.