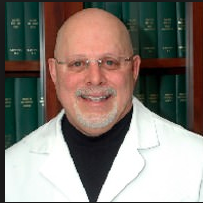 William A. Altemeier Chair in Surgery
Division of Transplantation
University of Cincinnati

Dr. Woodle received his under graduate degree at Texas A&M University and his medical degree from the University of Texas Medical Branch.  He completed fellowships in kidney and pancreas transplantation as well as liver transplantation and hepatobiliary surgery at the University of Chicago, and was an NIH Surgical Research Fellow at both the University of California, Davis, and at the University of Chicago.  Dr. Woodle has authored over 320 scientific articles that have been cited over 9100 times with an h factor of 52.    Dr. Woodle has been the recipient of NIH basic research grants in immunobiology and has received a Clinician Scientist Research Award from the American Heart Association. He has served on several NIH study sections, and several FDA Advisory Committees and Workshops related to immunosuppressive drug regulatory processes. Dr. Woodle has also served on clinical trial design committees for a number of multicenter studies, and has served as lead investigator in six multicenter trials. Dr. Woodle has made contributions in the areas of immunosuppressive drug development including corticosteroid elimination, and tacrolimus-based therapy for cellular and antibody-mediated rejection. Dr. Woodle introduced two drugs- teplizumab and bortezomib as immunosuppressive agents in the transplant field, and also reduced to practice the first plasma cell targeted therapy and plasma cell niche therapy in man. Dr. Woodle also published a series of papers establishing ethical and scientific foundations for kidney exchange procedures. Through his leadership of the Israel Penn Center for Transplant Oncology over the past 18 years, he has provided over 9000 patient consults to the international transplant community free of charge.