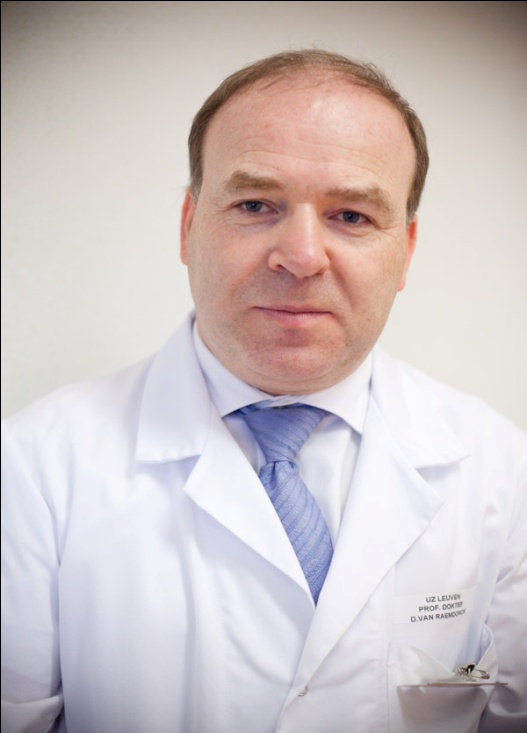 Dirk Van Raemdonck, MD, PHD, is a Professor of Surgery at the Katholieke Universiteit Leuven and Chair of the Leuven University Hospitals Transplant Center, Leuven, Belgium. As a General Thoracic Surgeon he currently serves as the Surgical Director of the Leuven Lung Transplant Program.

He graduated as MD from the Katholieke Universiteit Leuven in 1984. He finished his training in general surgery in 1990 and in thoracic surgery in 1992. He was a registrar in thoracic surgery at the East Birmingham Hospital, Birmingham, U.K in 1990 (Prof HR Matthews), research fellow at the Memorial Sloan-Kettering Cancer Center, New York, N.Y. in 1991 (Dr RJ Ginsberg), and cardiothoracic transplant fellow at the Freeman Hospital, Newcastle-upon-Tyne, U.K. in 1991 (Prof JH Dark).

He obtained his PHD degree from the Katholieke Universiteit Leuven in 1998. His main research topic is lung transplantation with particular interest in primary graft dysfunction, donation from donors after circulatory death, and ex-vivo lung perfusion.