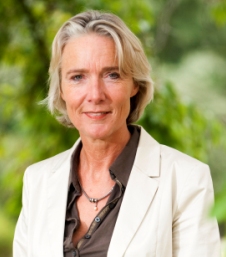 Bernadette Haase has a degree in health care policy at the Erasmus University Rotterdam and has worked in the field of organ and tissue transplantation and donation since 1986. First at Eurotransplant, taking care if all organizational aspects of donation and transplantation in broader sense and international setting. In 1997 she was invited to set up a national organisation, as required by the new donation act in the Netherlands which was actually implemented in 1998. As director of the  new Dutch Transplant Foundation (Nederlandse Transplantatie Stichting) she built a national organization responsible for organ allocation, hospital development  and public education. As representative of the national organization and competent authority she has been (and still is) involved in many international initiatives and projects concerning donation and transplantation of organs and tissues. She also represents the Netherlands in international gremia as the expert committee on organ donation and transplantation (CD P TO) of the Council of Europe – in which she was elected as chair for the 3 year period 2015 - 2017 - and in Competent Authority meetings of the European Union. Besides these official positions she has been involved in ESOT as council member and in ELPAT as Board Member from the start of ELPAT till 2017 and as chair of the Deceased Donation Working Group. Since 2016 Bernadette Haase is also chair board of the Governance Board of Matchis Foundation, the Dutch Center for stem cell donation.