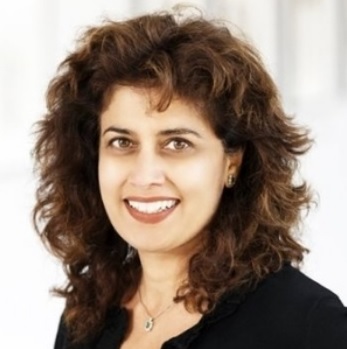 Dr. Minnie Sarwal is Professor of Surgery and Director of the Precision Transplant Medicine Initiative at the University of California San Francisco (UCSF). She is on Faculty for the Masters in Translational Medicine Program at the Haas School of Business, Berkeley and UCSF. She is on the FDA Science Board. She is an elected TTS Councilor, and Professor of the Faculty of Health Sciences in Odense University, Sweeden. She was previously the Medical Director of the Pediatric Kidney Transplant Program and Professor of Pediatrics/Immunology/Surgery at Stanford University, Senior Lecturer at Guys Hospital, London and Lecturer at Addenbrookes Hospital, Cambridge, UK. She received her MD from Calcutta Medical College, India and Guy’s Hospital, London, UK, before completing a doctorate in Molecular Genetics at Cambridge University, Cambridge, UK with Nobel Laureate Sydney Brenner. She obtained her Diploma in Child Health (London University, UK) and Membership and Fellowship to the Royal College of Physicians (MRCP, London). Dr. Sarwal serves on NIH study sections and serves for transplant organizations (TTS, AST, ASTS, IPTA) in leadership capacities. She is the Chief Editor for Frontiers in Nephrology (Nature) and AE for Clinical Transplantation and AJT. Dr. Sarwal has over 250 peer reviewed publications and is the recipient of multiple awards such as the Order of Excellence in Scientific Research (Cambridge, UK, 2002), Dean’s Graduate Teaching Award (Stanford University, 2005), Junior Faculty Award (Stanford University, 2003-6), Key Opinion Leader in Organ Transplantation (TTS; 2007-2009), Senator at Large (Stanford Faculty Senate), TTS-Roche Award for Outstanding Achievement Transplantation Science (Clinical, 2010), and the Cuneo Richardson Award for Scientific Excellence (National Kidney Foundation, 2012).  Minnie has directed the Sarwal Lab since 1997 and manages high caliber clinical and scientific staff. She founded Organ-I, a company for personalization of transplant medicine, spun out of Stanford; recently acquired by Immucor. Minnie has leadership skills in the development, delivery and evaluation of services in large medical centers in the USA and England, securing pharma and NIH funding and expanding clinical services in a competitive environment. She is a KOL in the field of renal and transplant medicine, genomics, proteomics and immunology. As PI for industry and NIH multicenter clinical trials, she leads trial design, execution, and human subject safety policies.