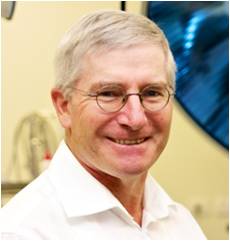 Peter Macdonald is a Conjoint Professor of Medicine in the University of New South Wales, Medical Director of the Heart Transplant Unit at St Vincent's Hospital, Sydney and co-head of the Transplantation Research Laboratory at the Victor Chang Cardiac Research Institute. He is a past President of the Transplantation Society of Australia & New Zealand (TSANZ). His major research interests over the last 30 years have been in the areas of heart failure, pulmonary hypertension, transplant allograft rejection, donor management and organ preservation. He has published over 275 scientific papers, 8 national guidelines and 18 book chapters.  He was nominated for the award of Australian of the Year in 2010, 2015 and 2017. In 2015 his research into the recovery and transplantation of hearts from DCD donors was recognised by the NSW Government with the NSW Ministerial Award for cardiovascular research excellence and by the ACT Gift of Life Organisation with the Terry Connolly Award for Healthcare Leadership and Innovation.In 2017, he was made a member of the Order of Australia in recognition of his contributions to cardiovascular medicine and research.