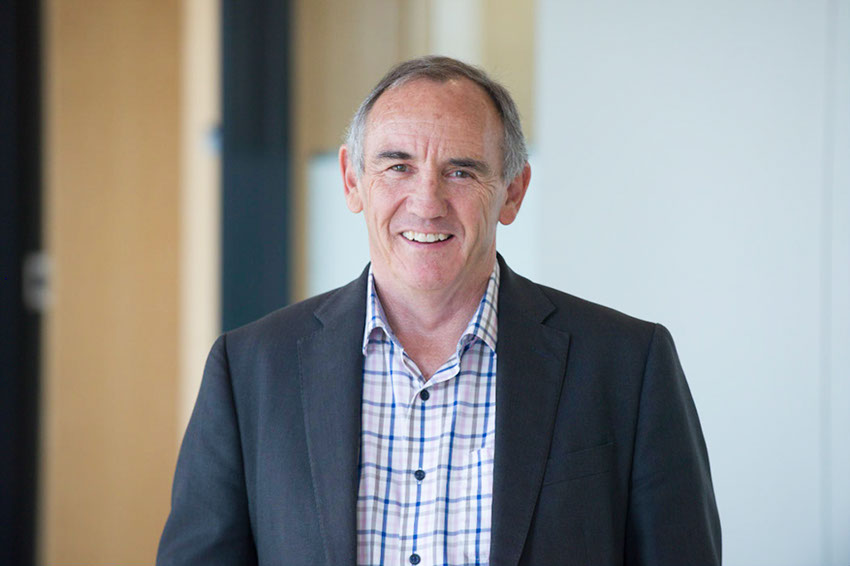 James McCluskey is Deputy Vice Chancellor Research at The University of Melbourne. He trained in Perth as a physician and researcher at the National Institutes of Health (USA). He has held academic positions at Monash University, Flinders University and the Australian Red Cross Blood Service in Adelaide, South Australia. He established the SA unrelated bone marrow donor registry.

He has published more than 320 scientific articles on how genes control immunity, recognised by the Rose Payne Award from the American Society for Histocompatibility and Immunogenetics (ASHI), The Ceppellini award from the European Federation for Immunogenetics. Jointly with Jamie Rossjohn he won the International Roche Organ Transplantation Fund Recognition Prize for Excellence in Organ Transplantation Research, an Australian Museum Eureka award for scientific Research, the GSK Research Excellence Award and the 2016 Victoria Prize for Life Sciences.

He is a member of Faculty of Science, Royal College of Pathologists Australasia, a Fellow Australian Academy of Science, Fellow of the Australian Academy of Health and Medical Sciences, Fellow of the Royal Australian College of Physicians and Fellow of the Royal College of Pathologists Australasia. He is a past member of the board of directors of the Bionics Institute, the Florey Institute of Neuroscience and Mental Health the Burnet Institute and St Vincent’s Institute. Currently, is a director of the Walter and Eliza Hall Institute of Medical Research (WEHI), Australian Friends of Asha Slums, the Victorian Comprehensive Cancer Centre, Trinity College Melbourne and UoM Commercial. He is Chair of Nossal Institute Ltd.

He led the development, funding and establishment of the Peter Doherty Institute for Infection and Immunity ($207M).

He is a founding member of Australian Friends of ASHA Slums (the Australian branch of Asha India- http://www.australianfriendsofashaslums.org.au/) launched in November 2012.

He led a team that won a USD$50M grant from The Atlantic Philanthropies (http://www.atlanticphilanthropies.org/) to help to establish a new Fellowship program focused on leadership to effect social change.