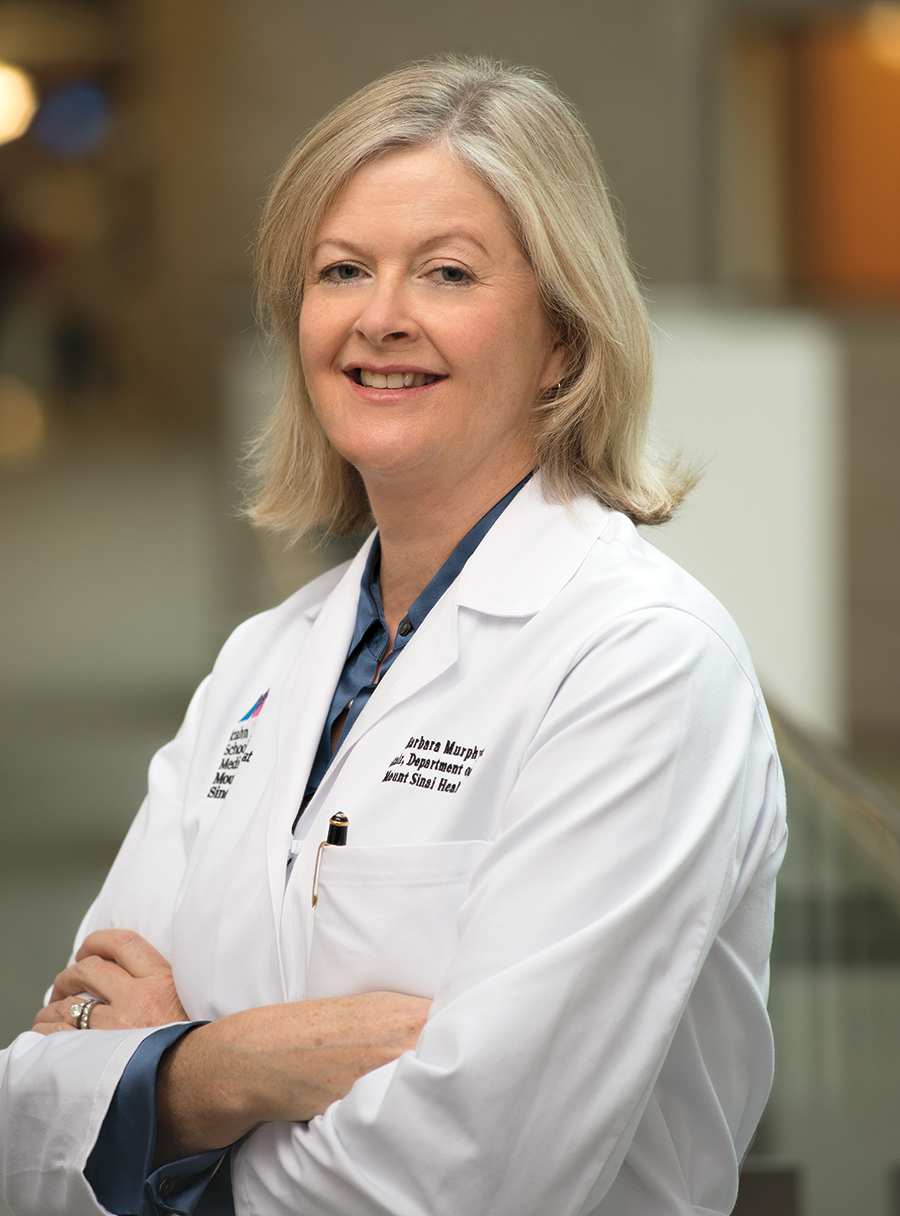 Barbara Murphy, MB, BAO, BCh, FRCPI, is the Chair of the Samuel Bronfman Department of Medicine, the Murray M. Rosenberg Professor of Medicine, and the Dean of Clinical Integration and Population Management at the Icahn School of Medicine at the Mount Sinai Health System. She is a transplant nephrologist and immunology researcher whose work most focuses on the use of genomics and genetics to predict and diagnose outcomes following renal transplantation. Dr. Murphy earned her medical degree from The Royal College of Surgeons in Ireland. She did her clinical training in internal medicine and fellowship in clinical nephrology at Beaumont Hospital, Dublin and completed her postdoctoral training in nephrology and transplant immunology at Brigham and Women’s Hospital, Harvard Medical School. She was recruited to Mount Sinai as Director of Transplant Nephrology and was named Chief of the Division of Nephrology in 2003. In 2011 she was appointed Dean for Clinical and Population Based Research, Director of Conduits, The Institute for Translational Science and PI of the Institutional Clinical Translational Science Award. Dr. Murphy was named Murray M. Rosenberg Professor of Medicine and Chair of the Samuel Bronfman Department of Medicine at the Icahn School of Medicine at Mount Sinai in 2012, and Chair of Medicine for the Mount Sinai Healthcare System and Dean for Clinical Integration and Population Health in 2013. At a national level Dr. Murphy has held many leadership positions in the American Society of Transplantation and American Society of Nephrology including being a past President of the American Society of Transplantation. Most recently she was the Chair of the World Transplant Congress and was elected to ASN council.