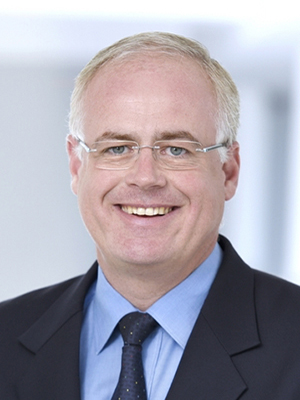 Martin Fussenegger is Professor of Biotechnology and Bioengineering at the Department of Biosystems Science and Engineering (D-BSSE) of the ETH Zurich in Basel as well as at the University of Basel. His research focuses on mammalian cell engineering, in particular on the assembly of synthetic gene circuits that process complex control and closed-loop expression logic as well as on the production of theranostic designer cell implants that interface with host metabolism to correct prominent metabolic disorders. Martin Fussenegger graduated with Werner Arber at the Biocenter of the University of Basel (1992), obtained his Ph.D. in Medical Microbiology (1994) at the Max Planck Institute of Biology (Tübingen, Germany) and continued his postdoctoral studies on host-pathogen interactions at the Max Planck Institute of Infection Biology (Berlin, 1995). He then joined the ETH Institute of Biotechnology (1996), where he received his habilitation in 2000, and became Swiss National Science Foundation Professor of Molecular Biotechnology in 2002, prior to being awarded a Chair in Biotechnology and Bioengineering at the ETH Institute for Chemical and Bioengineering in 2004. On a presidential mission, he moved to Basel in 2008 to build up the D-BSSE, the Department of Biosystems Science and Engineering of the ETH Zurich. Martin Fussenegger received the Gaden Award, the Merck Cell Culture Engineering Award, the Medal of the European Society for Animal Cell Technology (ESACT), the Gutenberg Chair Excellence Award, an Advanced Grant Award of the European Research Council and the James E. Bailey Award. Martin Fussenegger is a member of the American Institute for Medical and Biological Engineering (AIMBE), the Swiss Academy of Engineering Sciences (SATW), EMBO and the United States of America National Academy of Engineering (NAE).