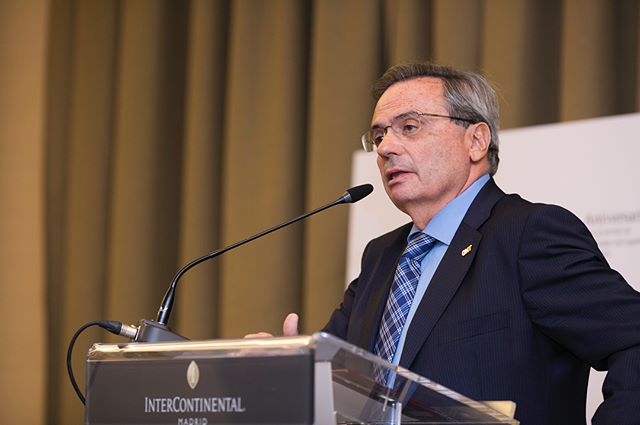 Rafael Matesanz, MD, PhD is a nephrologist. Founder and Director of the Spanish National Transplant Organisation (ONT), since  1989 until May 2017. Responsible of the so called "Spanish Model". He was General Director of the Spanish National Institute of Health, President of the Transplant Experts Committee of the Council of Europe during more than 8 years, Scientific Director of the Tuscany Transplant Organization (ITALY) for 3 years, President of the Spanish National Transplant Committee for 23 years, President of the Iberoamerican Council of Organ Donation and Transplantation (2005-2017), Adviser of The World Health Organization in the field of organ donation and President of the Scientific Committee of the Mutua Madrileña Foundation since June 2014. Director of different Master and Courses on Coordination and Organization of Donation and Transplantation in the Barcelona University, Menéndez Pelayo International University, University of Alicante and Complutense University of Madrid. Director of some publications such as Nefrología, Revista Española de Trasplantes or Transplant Newsletter of the Council of Europe and Transplant Newsletter of Latin-American Region. Author of more than 500 articles in national and international journals and more than 200 chapters of books or monographs about nephrology, organ donation and transplantation and clinical management.