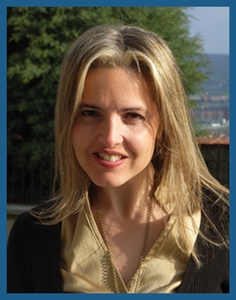 Beatriz Domínguez-Gil is medical doctor, PhD in internal medicine, and specialised in Nephrology. She joined the medical team of the Spanish National Transplant Organization (Organización Nacional de Trasplantes- ONT) in November 2006 and became its Director General in May 2017.

ONT is acknowledged worldwide for the development of the so-called Spanish Model on Organ Donation and Transplantation, leading Spain to extraordinary levels of deceased donation. In her position at the ONT, she has been mainly involved in international cooperation through different organisations, promoting and participating in a range of initiatives targeted to enhance organisational models, and quality and safety of organ donation, procurement and allocation, and to the fight against organ trafficking.

On behalf of the European Committee on Organ Transplantation at the Council of Europe, Beatriz Domínguez-Gil co-authored the Joint Study of the Council of Europe and the United Nations on Trafficking in organs, tissues and cells and trafficking in human beings with the purpose of the removal of organs. This study called for the development of an international treaty defining the trafficking in human organs, and including provisions for its prosecution and prevention, as well as for the protection of its victims. The Study would later derive on the recently adopted Council of Europe Convention against Trafficking in Human Organs, a Convention open for signature in Santiago de Compostela (Spain) last March 25, 2015.

Beatriz Domínguez-Gil was part of a dedicated team set down by the Spanish government to lead the adoption of Directive 2010/53/EU of the European Parliament and of the Council of 7 July 2010 on standards of quality and safety of human organs intended for transplantation during the last Spanish presidency of the European Union.

At the level of the WHO, Beatriz Domínguez-Gil has lead the development of landmark recommendations, as those reflected at the Madrid Resolution on Organ Donation and Transplantation, published in 2011.

Beatriz Domínguez-Gil is past chair of the European Donation and Transplant Coordination Organization (EDTCO), a section of the European Society for Organ Transplantation (ESOT). She is councillor for Europe at The Transplantation Society (TTS), and member of its Ethics Committee. She is immediate past chair of the Declaration of Istanbul Custodian Group on Organ Trafficking and Transplant Tourism, a professional platform that promotes the implementation of the principles of this Declaration. She has more than 100 publications in scientific journals and book chapters.