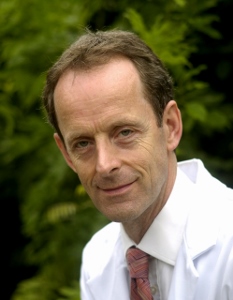 Peter Friend obtained his medical degree (MB BChir) from the University of Cambridge (Magdalene College). He is a Fellow of the Royal College of Surgeons (Eng) and has a doctoral degree (MD) from the University of Cambridge. After specialist training, he spent a year as Assistant Visiting Professor of Surgery, Indiana University, USA. In 1989, he returned to the UK as Lecturer in Surgery (Honorary Consultant Surgeon), University of Cambridge; he was also Fellow and Director of Studies in Medicine, Magdalene College, Cambridge. In 1999, he was appointed as Professor of Transplantation, University of Oxford (Honorary Consultant Surgeon); he is also Director of the Oxford Transplant Centre and Fellow of Green Templeton College. Peter Friend’s clinical commitments include organ transplantation (kidney, pancreas, intestine) and hepatobiliary surgery. He heads a translational research group and is author of scientific papers and chapters on clinical transplantation, organ perfusion, immunosuppression, monoclonal antibodies, xenotransplantation, and hepatobiliary surgery. He is chairman of the Multivisceral and Composite Tissue Advisory Group to NHSBT and a past-president of the British Transplantation Society